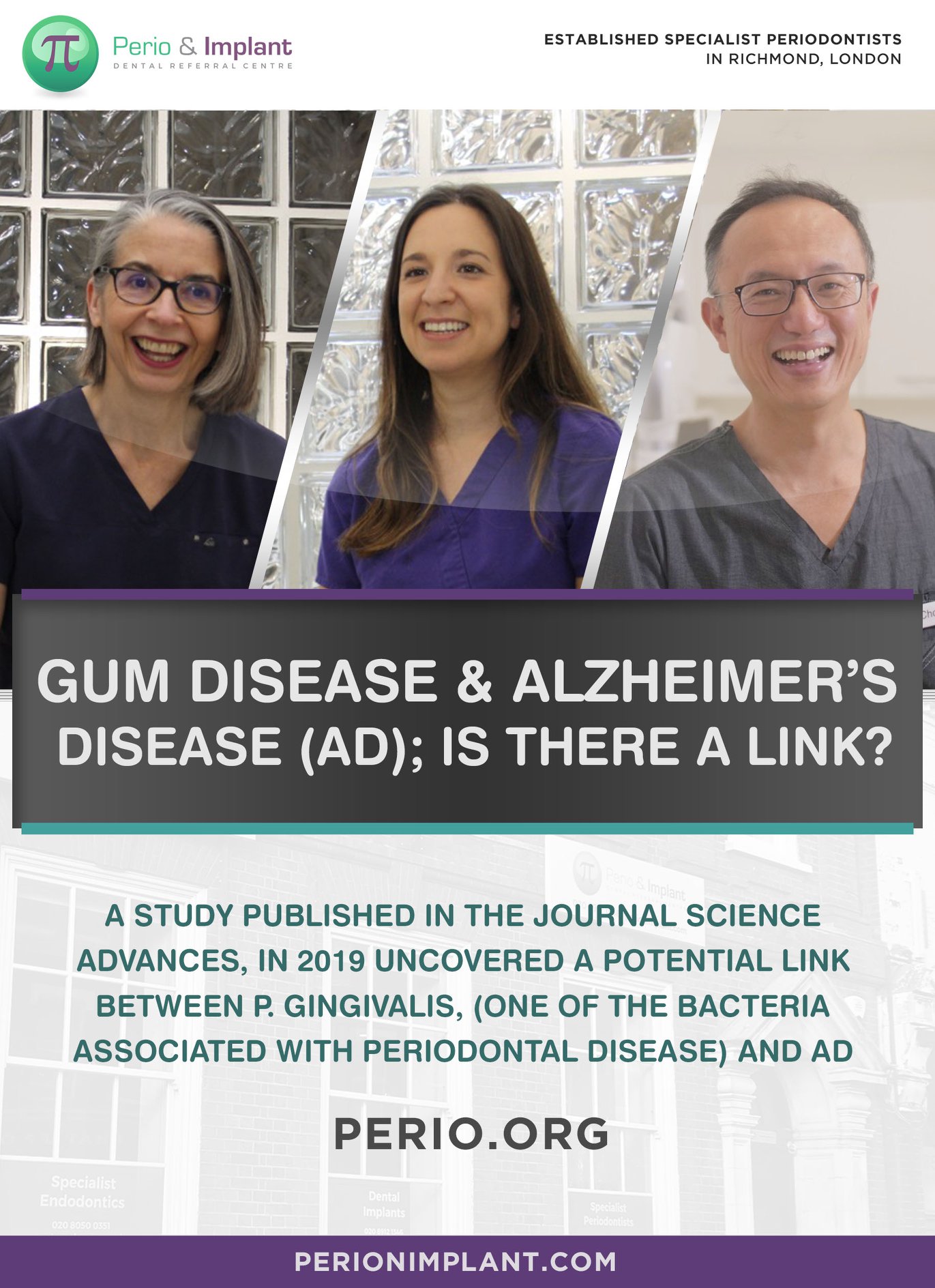 Gum Disease & Alzheimer’s Disease (AD); is there a link?

A study published in the journal Science Advances, in 2019 uncovered a potential link between P. gingivalis, (one of the bacteria associated with periodontal disease) and AD. This study generated huge interest in the media as well as in the medical/dental press.

The presence of P. gingivalis increased the production of amyloid beta, a component of the amyloid plaques whose accumulation contributes to AD. The study confirmed that P. gingivalis can travel from the mouth to the brain via animal testing and that the toxins it produces can destroy brain cells.

Another study published in the Journal of Alzheimer’s Disease 2020, revealed that older adults with signs of gum disease and mouth infections at baseline were more likely to develop Alzheimer’s during the study period. Among those 65 years or older, both AD diagnoses and deaths were associated with antibodies against the oral bacterium P. gingivalis. https://pubmed.ncbi.nlm.nih.gov/32280099/

Should I be worried?
The 2019 study did put forward a possible link, but it has many limitations & to date, there is no definitive evidence of a cause and effect between periodontal bacteria and AD.

Will flossing my teeth prevent AD?
It is far too early to say that if you don’t floss your teeth, you’re going to get AD. Or if you do floss your teeth, that you can prevent it.
AD is a complex disease that develops over many years. Many factors are involved, including age, gender, and genetic predisposition and it is unlikely to develop due to one toxin or one infectious agent alone

Gum disease is also linked to other health conditions, including stroke, diabetes heart & respiratory diseases but similar to AD, actual causation has yet to be proven
However it is agreed that having a healthy mouth reduces the risk of many systemic diseases, of which AD may be one, so practising a healthy lifestyle – eating well, exercise, cutting out smoking, limiting alcohol consumption and maintaining good oral hygiene – may all help to enable us to live longer and healthier lives